In the winter months, it’s especially important to be conscious of how snow-covered fire hydrants can delay fire services, costing crucial seconds or minutes that can mean the difference between saving a structure and its inhabitants and not doing so. 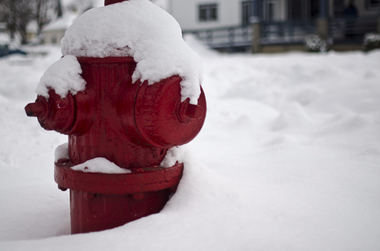 The Boston Globe reported last winter that the city’s fire department was deploying teams of fire fighters to dig out hydrants covered by the city’s record snow fall. According to the article, a hydrant needs about a foot of space below its valve, and another two feet of space all around it. This space allows fire fighters to attach hoses to the valve and rotate the hydrant wrench.

As Lieutenant Kevin Jordan of the Boston Fire Department explained to the Globe, a fire engine holds about two to five minutes’ worth of water. When that is used up, hydrants become indispensable, as every passing second allows a fire to grow.

In 2013, a fire destroyed a Boston home when firefighters were delayed by a hydrant obstructed by snow. In contrast, this past winter a New Hampshire home was saved because a neighbor cleared the hydrant off before fire services arrived.

In many regions of the country, shoveling out fire hydrants become a necessity during the winter. While property owners are legally obligated to clear their sidewalks, no such regulations govern the clearing of hydrants. It’s important, then, that private citizens do their part by clearing snow away from hydrants in a timely manner. The work of just a few minutes might later prove to be vital to the safety of you or your neighbors